1. Two armed robbers tried to rob a lawyer’s club, but the lawyers put up such a fight the robbers had to flee. Once they made their getaway, they counted their loot. “There are good news and bad news.” said one robber to the other. “What you mean?” asked the other robber. “Well, the good news is we got away with 60 dollars. The bad news is, uh, we went there with 300 dollars. The lawyers have apparently robbed us.”

2. Lawyer’s speech was moving into its 3rd hour. The he suddenly finished talking, looked at the judge, and said: “One of the jurors is asleep.” The judge replied: “You put him to sleep, you wake him up.”

3. A dry cleaner was indicted with charges pressed for money laundering. A deal is being ironed out.

4. A lawyer runs a stop sign and gets pulled over by a sheriff. He thinks he’s smarter being a big shot lawyer from New York and has a better education than an sheriff from West Virginia. The sheriff asks for license and registration. The lawyer asks, “What for?” The sheriff responds, “You didn’t come to a complete stop at the stop sign.” The lawyer says, “I slowed down and no one was coming.” “You still didn’t come to a complete stop. License and registration please,” say the sheriff impatiently. The lawyer says, “If you can show me the legal difference between slow down and stop, I’ll give you my license and registration and you can give me the ticket. If not, you let me go and don’t give me the ticket.” The sheriff says, “That sounds fair, please exit your vehicle.” The lawyer steps out and the sheriff takes out his nightstick and starts beating the lawyer with it. The sheriff says, “Do you want me to stop or just slow down?”

5. A doctor and a lawyer are talking at a party. Their conversation is constantly interrupted by people describing their ailments and asking the doctor for free medical advice. After an hour of this, the exasperated doctor asks the lawyer, “What do you do to stop people from asking you for legal advice when you’re out of the office?” “I give it to them,” replies the lawyer, “and then I send them a bill.” The doctor is shocked, but agrees to give it a try. The next day, still feeling slightly guilty, the doctor prepares the bills. When he goes to place them in his mailbox, he finds a bill from the lawyer.

6. The bank was robbed 3 times by the same bandit in the space of 2 months. After the 3rd raid, a senior detective was brought in to question the bank teller. “Have you noticed anything distinctive about the robber?” he asked. “There is one thing.” replied the teller. “Each time he shows up, he’s better dressed.”

7. A salesman was testifying against his wife in a divorce court. His lawyer said: “Please describe the incident that caused you to suspect your wife is unfaithful.” The husband replied: “I’m on the road all week, so naturally when I’m home I like to be with my wife. One Saturday morning we were in the middle of some very heavy sex. Then the old lady in the apartment next door pounded on the wall and yelled: “Can you at least stop all that noise on weekends?”

8. Two burglars were robbing a Beverly Hills mansion when they heard the police car sirens. “Quick! Jump out of the window!” said the first burglar. “But we’re on the 13th floor!” protested the second burglar. The first burglar replied: “This is no time to be superstitious!”

9. The multimillionaire caught his accountant stealing millions. The accountant hired a famous lawyer. That famous lawyer promised him: “You’ll never have to go to jail with all that money.” The lawyer turned out to be right. When the case was over and the man was in jail, the man has already spent all that money on legal fees. 10. After the car accident, a large crowd gathered around. An enterprising young lawyer immediately saw a way to get rich, but could not force his way through the crowd. So seeing that he could lose a lot of money not getting a new client, he resorted to desperate measures and yelled: “Let me through! I am the son of the victim!” The crowd parted. Lying in front of the car was a donkey.

11. A lawyer’s closing speech was dragging on into its second hour when he suddenly stopped and told the judge: “Your honor, a juror is asleep.” The judge replied: “You put him to sleep. You wake him up.”

13. Lawyer: “Would you mind telling the jury why you shot your wife with a bow and an arrow?” Defendant: “I didn’t want to wake up the children.”

14. A driver caught speeding was brought before a judge. The judge asked: “Will you take thirty days or a hundred dollars?” The defendant replied: “I think I’ll take the money.”

15. A lawyer is standing in a long line at the box office. Suddenly, he feels a pair of hands kneading his shoulders, back, and neck. The lawyer turns around. “What the hell do you think you’re doing?” “I’m a chiropractor, and I’m just keeping in practice while I’m waiting in line.” “Well, I’m a lawyer, but you don’t see me screwing the guy in front of me, do you?”

16. A Polish man married a Canadian girl after he had been in Canada a year or so, and although his English was far from perfect, the couple got on very well. One day, though, he rushed into a lawyer’s office and asked if he could arrange a divorce for him, “Very quick!” The lawyer explained that the speed of getting a divorce would depend on the circumstances, and asked these questions:
LAWYER: “Have you any grounds?”
POLE: “An acre and half, and a nice 3 bedroom house.”
LAWYER: “No, I mean what is the foundation of the case?”
POLE: “It is made of concrete, bricks & mortar.”
LAWYER: “Does either of you have a real grudge?”
POLE: “No, we have a carport and don’t need a grudge.”
LAWYER: “I mean, what are your relations like?”
POLE: “All my relations live in Poland.”
LAWYER: “Is there any infidelity in your marriage?”
POLE: “Yes, we have hi-fidelity stereo set & DVD player with 6.1 sound.”
LAWYER: “No, I mean does your wife beat you up?”
POLE: “No, I’m always up before her.”
LAWYER: “Why do you want this divorce?”
POLE: “She going to kill me!”
LAWYER: “What makes you think that?”
POLE: “I got proof.”
LAWYER: “What kind of proof?”
POLE: “She going to poison me. She buy bottle at drug store and I read label. It say Polish Remover.”

17. A lawyer’s dog, running around town unleashed, heads for a butcher shop and steals a roast. The butcher goes to the lawyer’s office and asks, “if a dog running unleashed steals a piece of meat from my store, do I have a right to demand payment for the meat from the dog’s owner?” The lawyer answers, “Absolutely.” “Then you owe me $8.50. Your dog was loose and stole a roast from me today.” The lawyer, without a word, writes the butcher a check for $8.50. The butcher, having a feeling of satisfaction, leaves. Three days later, the butcher finds a bill from the lawyer: $100 due for a consultation.

18. A local United Way office realized that the organization had never received a donation from the town’s most successful lawyer. The person in charge of contributions called him to persuade him to contribute. “Our research shows that out of a yearly income of at least $500,000, you did not give a penny to charity. Wouldn’t you like to give back to the community in some way?” The lawyer mulled this over for a moment and replied, “First, did your research also show that my mother is dying after a long illness, and has medical bills that are several times her annual income?” Embarrassed, the United Way rep mumbled, “Um, no.” The lawyer interrupts, “Or that my brother, a disabled veteran, is blind and confined to a wheelchair?” The stricken United Way rep began to stammer out an apology, but was interrupted again. “Or that my sister’s husband died in a traffic accident,” the lawyer’s voice rising in indignation, “leaving her penniless with three children?!” The humiliated United Way rep, completely beaten, said simply, “I had no idea.” On a roll, the lawyer cut him off once again, “So if I don’t give any money to them, why should I give any to you?”

19. Why was the lawyer skimming the Bible right before he died? He was looking for loopholes.

20. The devil visited a lawyer’s office and made him an offer. “I can arrange some things for you, ” the devil said. “I’ll increase your income five-fold. Your partners will love you; your clients will respect you; you’ll have four months of vacation each year and live to be a hundred. All I require in return is that your wife’s soul, your children’s souls, and their children’s souls rot in hell for eternity.” The lawyer thought for a moment. “What’s the catch?” he asked. Want more really funny stuff?
Check out
Retard Jokes so retarded you would not believe
or
Travel Jokes and Stories from all over the world
or
Best Halloween Jokes, including Frankenstein Jokes 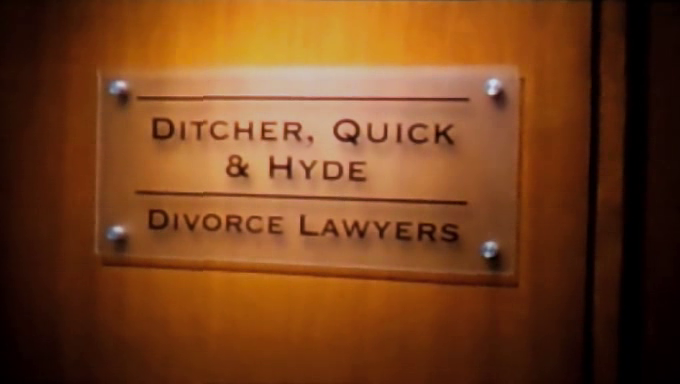