2. Did you hear that the energizer bunny was arrested? He was charged with battery.

3. What do you call it when a prisoner takes his own mug shot? A cellfie.

4. What did the policeman say to his belly button? You’re under a vest!

Laugh at More Jokes About Retards 9. A persistent offender was arrested yet again. Leafing through his file, the detective said: “This is quite a criminal record. Shoplifting, hit and run, forgery, fraud, burglary, armed robbery, car theft, burglary, burglary, burglary ” “Yeah, I know.” said the suspect. “It took me quite a while to figure out what I was good at.”

10. Did you hear about the cannibal policeman who was arrested? He was caught grilling his suspects.

11. Yo mama so fat the police dogs stopped her at the airport for having 10 lbs of crack.

12. Having gone to his secretary’s apartment, Mr. Biggs was astonished to wake up and find that it was three in the morning.
“My God!” he shouted, “My wife is going to kill me!”
Unsure of how he would explain it, he ran to the nearest pay phone and called his wife.
“Honey!” he began, “Don’t call the cops and don’t pay the ransom.”
“I escaped!”

14. Police are searching for a thief who robs his victims by threatening them with a lighted match. They want to catch him before he strikes again.

15. Criminal tried to hijack a bus full of Japanese tourists. Fortunately the police got five hundred photos of the suspect.

17. A police recruit was asked during his exam: “What would you do if you had to arrest your own mother?” He answered: “I would definitely call for backup.”

19. Two Redneck Alabama State Troopers were chasing a Mustang East on I-20 toward Georgia. When the suspect crossed the Georgia line, the first Trooper pulled over quickly. The rookie Trooper pulled in behind him and said, “Hey, sarge, why did you stop?” The sarge replied, “He’s in Georgia now. They’re an hour ahead of us, so we’ll never catch him.”

20. Women are like the police. They can have all the evidence in the world, but they still want the confession.

21. Police in India are being paid to grow mustaches because it commands them more respect.

22. A cop pulls a guy over for weaving across two lanes of traffic.
He walks up to the drivers window and asks, “You drinkin’?”
The driver said, “You buyin’?”

23. A blonde, a brunette, and a redhead are running from the police. They run into an old barn and hide in potato sacks. The officer chasing them walks into the barn looking for them. He kicks the first sack with the redhead inside and the redhead says, “Woof woof!” The cop thinks it’s a dog, so he walks to the next one. He kicks the second bag with the brunette, and she says, “Meow meow!” The cop believes it’s a cat and moves on. He kicks the third bag with the blonde, and the blonde yells, “Potato potato!”

24. It should be illegal to play a police siren on the radio I’m always relieved when I see police that aren’t looking for me.

25. I was drunk when I had my drivers license picture taken. That way, when the police pulls me over, I don’t have to worry.

26. On a rural road a state trooper pulled this farmer over and said: “Sir, do you realize your wife fell out of the car several miles back?” To which the farmer replied: “Thank God, I thought I had gone deaf!”

27. A policeman pulled a blonde over after she’d been driving the wrong way on a one-way street.
Cop: “Do you know where your going?”
Blonde: “No, but wherever it is, it must be bad ’cause all the people are leaving.

29. The police want to interview me. Strange, I didn’t even apply for a job there.

30. Policeman: “I’m afraid that I’m going to have to lock you up for the night.” Man: “What’s the charge officer?” Policeman: “Oh, there’s no charge. It’s all part of the service.

31. Drug dealers are always late, if your drug dealer is on time, its the police.

33. I don’t have a drug problem. I have a police problem.

34. During a training exercise at police academy, the instructor asked his student: “What steps would you take if someone came at you with a large knife?”  The student replied: “Very big ones.”

35. A highly agitated young woman called the police and said: “I have a funny sex maniac in my apartment.” The police officer replied: “Okay, ma’am, we’ll be at your place as soon as possible.” The woman said: “Can you please wait until morning?”

36. A man fell out of a ten-story building. He was lying on the ground with  a small crowd assembled around him. Then the police officer came by and asked: “What happened?” The man replied: “I don’t know. I just got here.”

37. I got pulled over by a police officer and his dog sniffs for drugs. He comes over and says to me, “My dog says you have weed in the car.” I responded, “Well I don’t know about that, but I want whatever got you talking to the dog!”

38. A truck driver was pulled over by a State Trooper. The patrolman told him to get out of the truck, and noticed that the driver appeared to be putting something in his mouth as he stepped out of the cab. Figuring that the driver was putting away his pep pills, the patrolman asked “Did I just see you swallow something?” “Yep, that was my birth control pill,” said the driver. “Birth control pill?” asked the patrolman. “Yep, when I saw your light, I knew I was screwed.” 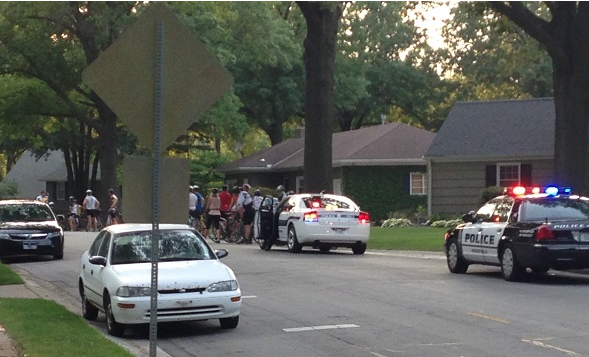 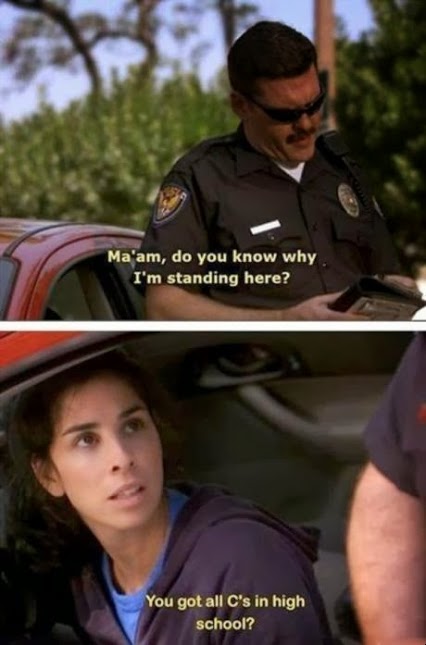 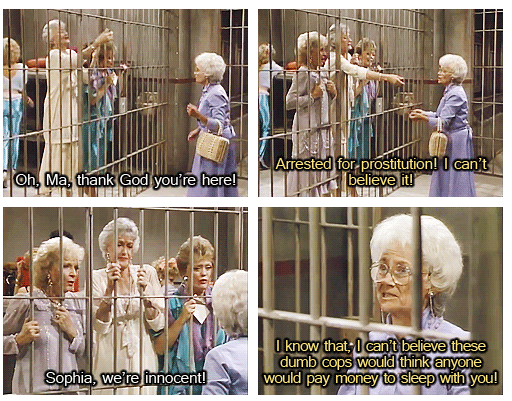