33 Best Caddyshack Quotes That Will Make You Laugh 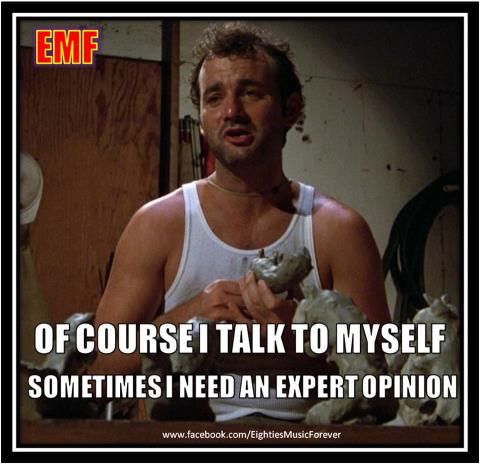 Check out the best of Caddyshack quotes. We bring you the best quotes from Caddyshack movie.

1 Al Czervik: Oh, this is the worst-looking hat I ever saw. What, when you buy a hat like this I bet you get a free bowl of soup, huh?
[looks at Judge Smails, who’s wearing the same hat] Al Czervik: Oh, it looks good on you though.

2 Ty Webb: I’m going to give you a little advice. There’s a force in the universe that makes things happen. And all you have to do is get in touch with it, stop thinking, let things happen, and be the ball.

3 Carl Spackler: Oh, Mrs. Crane, I’m looking at you… You wore green so you could hide. I don’t blame you – you’re a tramp! Ooh! That was right where you wanted it! Ooh Mrs. Crane, you’re a little monkey woman you know that? You’re a little monkey woman… You’re lean and you’re mean and you’re not too far between either I bet, are ya? Would you like to wrap your spikes around my head? 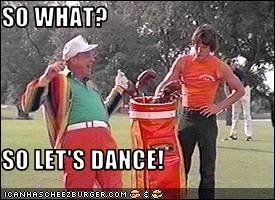 4 Ty Webb: Don’t be obsessed with your desires Danny. The Zen philosopher, Basho, once wrote, ‘A flute with no holes, is not a flute. A donut with no hole, is a Danish.’ He was a funny guy.

5 Bishop: [as he misses a putt on the 18th hole during the thunderstorm] OH, RAT FART!
[he holds up his club and is hit by lightning… Carl drops the golf bag and leaves him there]

7 Lifeguard: [Yelling to a rowdy swimmer] You put your suit on!
Joey D’Annunzio: Go shave your ass!
[Jumps off diving board]

Please share these best Caddyshack quotes with all your friends

8 Judge Smails: I’ve sentenced boys younger than you to the gas chamber. Didn’t want to do it. I felt I owed it to them.

9 Carl Spackler: So I jump ship in Hong Kong and I make my way over to Tibet, and I get on as a looper at a course over in the Himalayas.
Angie D’Annunzio: A looper?
Carl Spackler: A looper, you know, a caddy, a looper, a jock. So, I tell them I’m a pro jock, and who do you think they give me? The Dalai Lama, himself. Twelfth son of the Lama. The flowing robes, the grace, bald… striking. So, I’m on the first tee with him. I give him the driver. He hauls off and whacks one – big hitter, the Lama – long, into a ten-thousand foot crevasse, right at the base of this glacier. Do you know what the Lama says? Gunga galunga… gunga, gunga-lagunga. So we finish the eighteenth and he’s gonna stiff me. And I say, “Hey, Lama, hey, how about a little something, you know, for the effort, you know.” And he says, “Oh, uh, there won’t be any money, but when you die, on your deathbed, you will receive total consciousness.” So I got that goin’ for me, which is nice.

12 Danny Noonan: I planned to go to law school after I graduated, but it looks like my folks won’t have enough money to put me through college.
Judge Smails: Well, the world needs ditch diggers, too.

16 Al Czervik: He called me a baboon, he thinks I’m his wife.

17 Carl Spackler: Oh, Mrs. Crane, I’m looking at you… You wore green so you could hide. I don’t blame you – you’re a tramp! Ooh! That was right where you wanted it! Ooh Mrs. Crane, you’re a little monkey woman you know that? You’re a little monkey woman… You’re lean and you’re mean and you’re not too far between either I bet, are ya? Would you like to wrap your spikes around my head? 18 Al Czervik: Hey, doll. Could you scare up another round for our table over here? And tell the cook this is low grade dog food. I’ve had better food at the ballgame, you know? This steak still has marks from where the jockey was hitting it.

19 Richard Richards: Better come in till this blows over.
Bishop: What do you think, fella?
Carl Spackler: I’d keep playing. I don’t think the heavy stuff’s gonna come down for quite awhile.
Bishop: You’re right. Anyway, the Good Lord would never disrupt the best game of my life.
[THUNDER]

20 Al Czervik: [after an airplane passes just above his head] I almost got head from Amelia Earhart!

21 Groundskeeper Sandy: Carl. Damn your eyes. I told you, today is the day we change the holes. Now, do it, and no more slacking off.
Carl Spackler: I’ll slack you off, you fuzzy little foreigner.

22 [Judge Smails is preparing to hit the ball on the first tee while Al Czervick watches] Al Czervik: Hey ‘Whitey,’ where’s your hat?
[Smails looks over at Czervick, who is watching anxiously] Al Czervik: …let’s go while we’re young!
Judge Smails: Mind Sir? Trying to tee off.
Al Czervik: …I bet ya slice into the woods! A hundred bucks!
Judge Smails: Gambling is illegal at Bushwood sir, and I never slice.
[the judge hits the ball, and it goes flying into some trees, in response, he shouts in frustration] Al Czervik: Okay, you can owe me!
Judge Smails: [mad] I owe you nothing!

23 Al Czervik: [breaks wind at a dinner] Whoa, did somebody step on a duck?

25 Spalding Smails: I want a hamburger. No, cheeseburger. I want a hot dog. I want a milkshake. I want potato chips
[gets cut off by Judge Smails] Judge Smails: You’ll get nothing, and like it!

27 Mrs. Smails: Bless this ship, and all who sail on her. I christen thee The Flying WASP.

28 Judge Smails: It’s easy to grin / When your ship comes in / And you’ve got the stock market beat. / But the man worthwhile, / Is the man who can smile, / When his shorts are too tight in the seat.

29 Sandy: I want you to kill every gopher on the course!
Carl Spackler: Check me if I’m wrong Sandy, but if I kill all the golfers, they’re gonna lock me up and throw away the key…
Sandy: Gophers, ya great git! Not golfers! The little brown furry rodents!
Carl Spackler: We can do that… we don’t even have to have a reason.

Why not share these awesome Carl Spackler quotes with your social circles?

30 Carl Spackler: This is a hybrid. This is a cross, ah, of Bluegrass, Kentucky Bluegrass, Featherbed Bent, and Northern California Sensemilia. The amazing stuff about this is, that you can play 36 holes on it in the afternoon, take it home and just get stoned to the bejeezus-belt that night on this stuff.

31 Judge Smails: You know, you should play with Dr. Beeper and myself. I mean, he’s been club champion for three years running and I’m no slouch myself.
Ty Webb: Don’t sell yourself short Judge, you’re a tremendous slouch.

32 Al Czervik: Oh, this your wife, huh? A lovely lady. Hey baby, you must’ve been something before electricity. Enjoyed these best Caddyshack quotes? Then why not share them with all your friends?

The Best Caddyshack Quotes In One Awesome Video